The EV revolution according to Financial Times (8 October 2021).


This summer BYD, the Chinese electric vehicle maker, shipped its vehicles to Norway, the country which has seen the quickest utilization of battery-powered cars.

The cars are powered by BYD’s homemade lithium batteries, a technology it hopes will become a key platform for the global car industry. 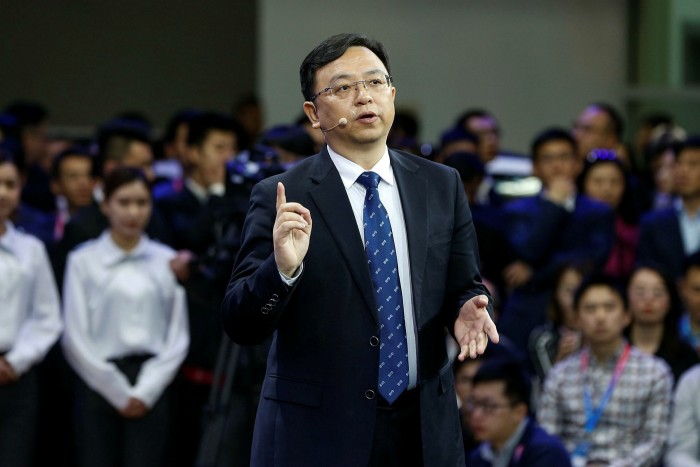 Faith in the founder

BYD, the Chinese company which is one of the biggest electric vehicle battery maker, is now into the global top of largest producer electric buses and into the largest maker of electric vehicles. A decade ago, it was far from certain that China or BYD would be successful in batteries and electric cars. BYD's success is because its battery technology is pushing the cost of electric cars below the fossil fuel-powered ones. In addition, these are powered by lithium batteries, they use some of the world's most abundant materials (lithium and iron) and avoid others. It could be one of the most valuable battery suppliers and further consolidate China's dominance of the electric car industry.

The new electric vehicle industry can have big advantages for China. We are
only in the beginning of China becoming an auto export market selling cars
abroad, especially electric ones. 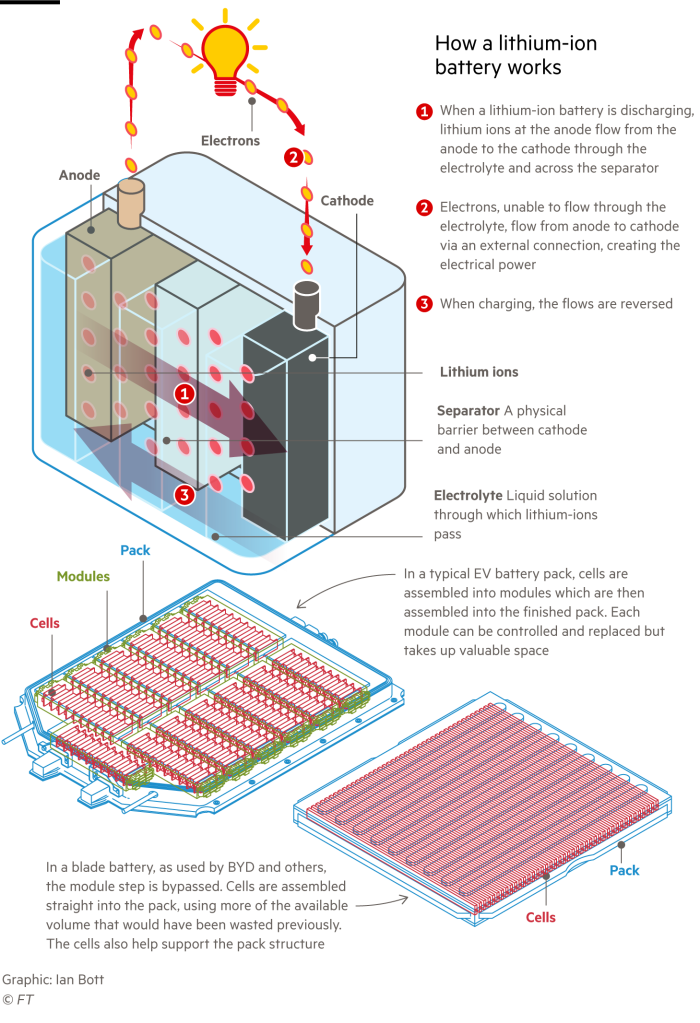 During the last decade, automakers were banned from using foreign batteries in the Chinese market. Chinese battery manufacturers were considered to be only capable of providing low-grade batteries for mobile phones and computers, but this law allowed local champions to emerge. According to Benchmark Mineral Intelligence, the majority of the world's lithium-ion production capacity, 77 percent, will be located in China by the end of this year.

BYD's rise has definitely contributed to China's dominance of electric car batteries. It has mastered a type of lithium ion technology that was invented based on concepts discovered by Nobel Prize winner John Goode. As a result of this invention this Chinese manufacturing company has achieved to create the cheapest battery on the market.

Nickel was added to lithium-ion batteries to increase the battery’s power (especially for use in cars) after the first lithium-ion battery was commercialised by Sony in 1991. But BYD has increased the amount of energy that the batteries can hold by reconditioning the engineering. BYD has built simple, long thin battery cells and placed them directly into a battery pack.

According to BYD, the batteries can be easily recycled and can last for over 1m kilometres of driving.

Moreover, Jerry Barker, co-founder and chief scientist at UK battery company Faradion, states that what BYD has done well is optimising that material, making it into very big cells, which you can do because it’s a safer material. In addition, you can end up with a pack that can be competitive even though you have lower energy density material. You are getting a bigger bang for your buck if you can have a bigger cell. 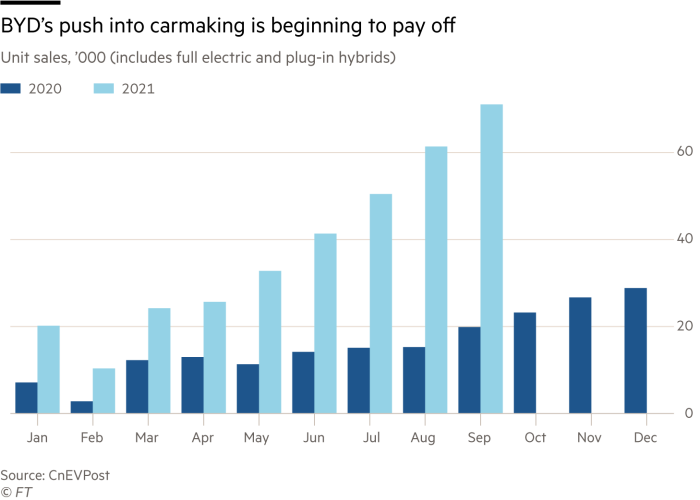 BYD built simple, long thin battery cells, known as ‘blades’, and placed them directly into a battery pack. The company has a target to produce 100 gigawatt-hours of batteries by 2025 and produce 1.5m vehicles.

It’s also safer, which is crucial for car manufacturers since any failures can lead to expensive market recalls. "Safety is the biggest luxury for an electric car".

Currently, almost every car brand is talking with BYD about co-operation concerning the blade battery technology. The blade battery is set to be successively installed on EV models of mainstream brands in and outside China. By comparison, most rechargeable batteries require cobalt, that miners pull up in the Democratic republic of Congo for example, but BYD batteries use lithium and iron.

As part of its global expansion, BYD is implementing a battery factory in Europe in order to provide equipment for auto consumers. 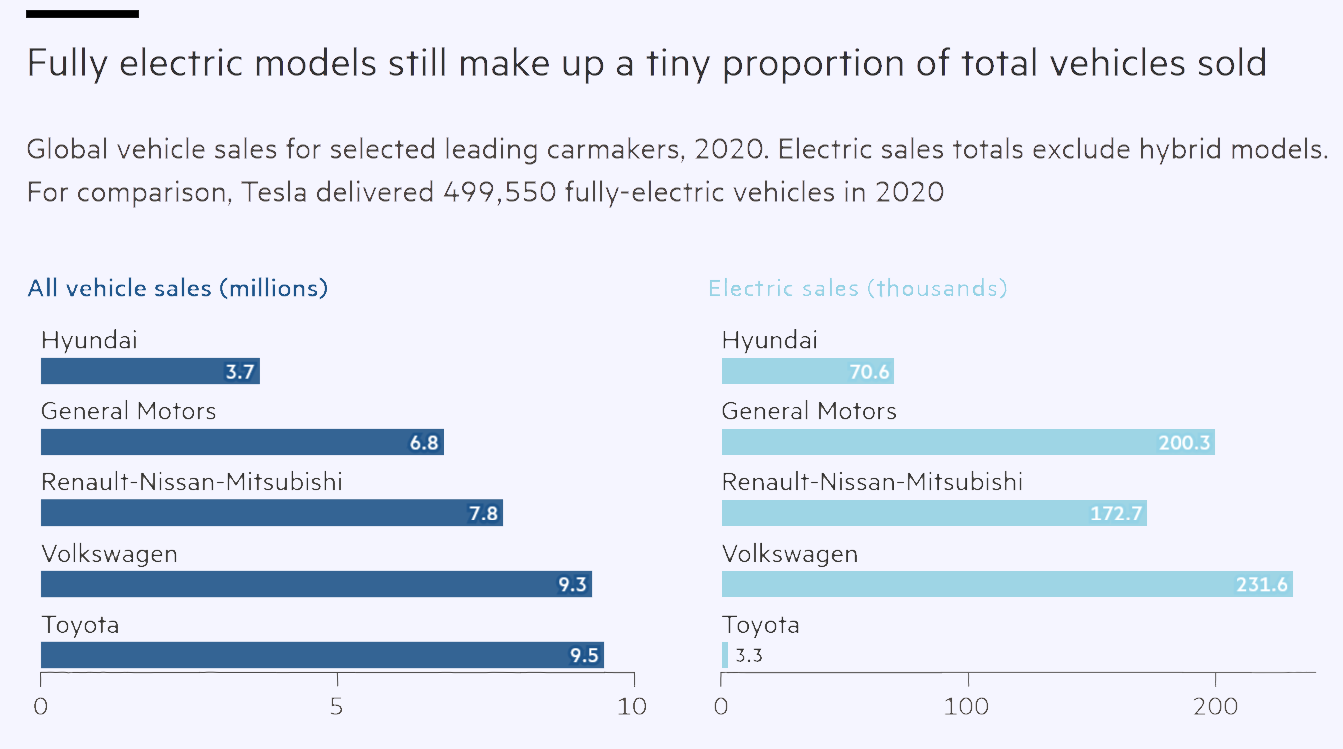 For more than a decade, carmakers form China have been trying to export their vehicles, mostly with no success. But now, BYD is starting in Norway, which is now the country where the battery-powered cars has experimented the quickest acceptation. This year EV sales raised in there: about three-quarters of all new car sales last year were for battery-powered cars. Now, it is the country with the largest variety of electric vehicle models available.

But it is not only competing against Tesla, it is also against other Chinese companies. These rivals include Nio, which began sales of its electric cars in

the country last month and aims to build 20 battery swapping stations in Norway by the end of next year and Hongqi, which is beginning to export its electric SUVs to Norway.

According to Christina Bu, secretary-general of the Norwegian EV Association, because of the wide range of EV models available in Norway, there is a real competition. She said that, traditionally, the German brands have been very popular in Norway, but it seems that consumers are sticking more about the range of the car than in the model.

The electric vehicle market is rapidly taking off and ICE vehicles are losing market share fast in Europe now. On the one hand, there is going to be a period of disastrous loss or reversal for conventional producers not keeping up with the trend. On the other hand, China is being extremely developed in the field of electric cars batteries. Its dominance towards other countries will determine the supremacy of the future global powers.

Despite this, I do not agree with what Lien has said: "Norwegians will have no qualm buying Chinese cars". Most Norwegians are at last realizing that buying Chinese implies supporting the huge threat to western civilization as it is known. Precisely in order to try to avoid what it is said in the previous paragraph: China's supremacy over other countries. For example, BMW tries to sell Chinese made BMWs in Norway and many customers will not buy them.

Besides, it is interesting that this article mentions the battery design. It will be a real advance if cobalt and nickel are not necessary anymore.

I do not know if BYD will be successful in selling its cars outside of China. But its Blade battery is a winner and may become a global standard. "The coming ascendance of China’s “Blade” battery, made by Warren Buffett-backed BYD, is a pioneering concept, widely ignored or at turns dismissed by Western automakers and investors, stands to sweep through the industry and make the case for lithium-ion-phosphate cathodes even more unassailable."

However, in this article, BYD's claims are hardly objective in terms of range or energy density. For this reason, I would like to have seen a bit more comparison of the battery technology that BYD has versus others.

In conclusion, electric vehicles may become essential for the global car industry because each year automakers add and work on more electric vehicles. Moreover, using electricity instead of fuel for motor propulsion should help a current issue: reducing ICE vehicle footprint. But what I want to highlight is that, as is well known, China has one of the highest shares of coal-based electricity globally, so producing using electricity from coal-fired power plants leads to an awful ecological footprint. Therefore, an EV in China will hardly break even relative to an ICE powered car over its life cycle. My point is that the change from ICE vehicles to electric ones is not the most important element, what is crucial is to change the forms of electricity generation. This makes me think that China's industrial strategy concerning EVs are not about protecting the climate, but it is rather aimed to make it easier for Chinese carmakers to break the market (none of its automotive industries competitors have a lot of experience in EVs).