The transit method is a method based on the measurement of the intensity of light to indirectly detect the presence of one or more exoplanets in orbit around a star.

The transit method consists of regularly measuring the luminosity of a star in order to detect the periodic decrease in luminosity associated with the transit of one or more exoplanets in orbit around a star.

The transit happen when a planet passes in front of its star. On the other hand, when the planet passes behind the star, it is called an eclipse.

The effect measured during a transit is quite small. For example, a star the size of the Sun, the transit of a Jupiter-size planet will cause a decrease in apparent luminosity of about 1%, while this decrease will be of about 0.001% for a planet the size of the Earth.

Since the star's mass and size can be determined from spectroscopic observations, the planet's size and distance can be determined. The transit method is particularly useful for calculating the radius of an exoplanet. First, assuming the star brightness is uniform and neglecting any bright from the planet, the observed change in brightness, &#916B, to the stellar bright, B, can be expressed as: 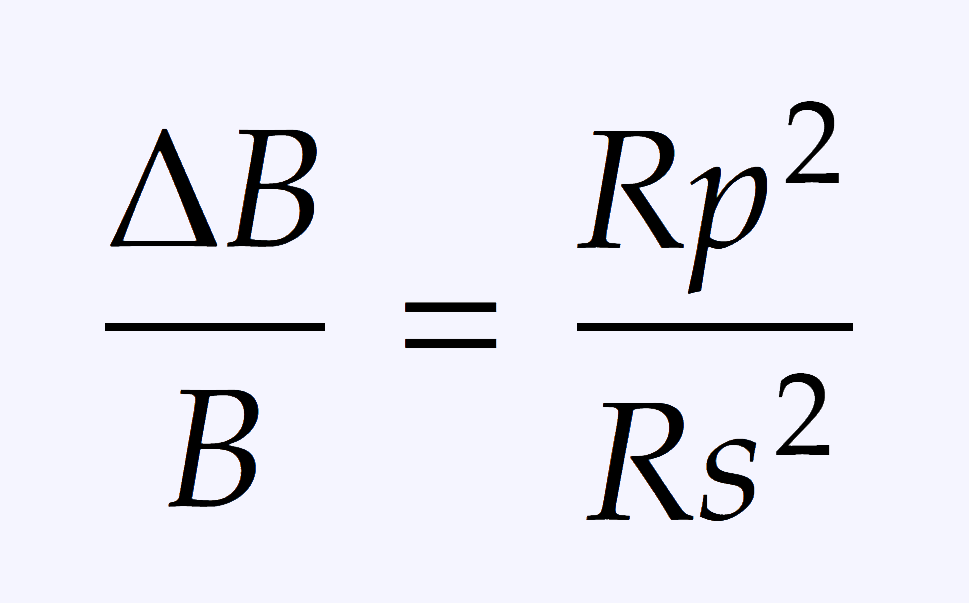